One of Detroit’s most iconic landmarks, a site familiar to music lovers the world over, is gearing up for a spectacular new look.

The Motown Museum today unveils renderings that depict a vivid, lush, and bustling outdoor plaza in Hitsville, USA on West Grand Boulevard. Officials say they aim to create a welcoming meeting place for visitors, inspired by the days when performers and fans roamed the Motown lawn in search of musical opportunities and fame. And they want to foster a Motown experience before guests even walk through the doors.

The space, designed by Detroit-based Hamilton Anderson Associates as part of the museum’s ongoing $ 55 million expansion, will be a mix of hardscapes and softscapes: the plaza will be tiled with granite cobblestones and adorned with benches. , flower beds and foliage including a new line of trees on the west side of the property.

A new surround sound system will envelop visitors in Motown songs as they step onto the grounds, while the space is bathed in light at night. A permanent stage will host scheduled performances and pop-up music ensembles, helping answer one of the most common questions for tourists to Detroit: “Where can I go to listen to Motown music?” “ In the new interpretations, a musician is represented in front of a piano.

“So many dreams have started on the lawn in Hitsville, United States,” Smokey Robinson said in a statement. “I remember how people got together the day of the Motown audition to present their songs to us. In the same vein, for me, the new Motown Museum Plaza will inspire ambition and unity. I think it will be a magical place where everyone is welcome and I can’t wait to see it celebrated in this new and exciting way.

The transformation of the front yard, currently underway and slated for completion next summer, is the second of three construction phases of the museum’s expansion project, launched in 2016 with an ambitious fundraising campaign.

“With each phase that we complete, it shows more and more how real it is,” said Robin Terry, CEO and President of the Motown Museum. “The square is the next big moment. In many ways this project reminds me of Motown – the impossible that becomes possible. So I savor it.

The first phase of the expansion, dubbed Hitsville Next, comes to an end as it prepares to become the museum’s home for creative and educational programming. Construction connected three homes that were part of Motown’s West Grand Boulevard estate stable in the 1960s, when Berry Gordy Jr. trained local talent into global stars – the Supremes, Stevie Wonder, the Temptations. , Marvin Gaye, the Four Tops and a myriad of others.

Initially set at $ 50 million, the expansion target was raised to $ 55 million at the end of 2020 by the museum’s board of directors. The move was prompted by soaring material and labor costs amid the COVID-19 pandemic, Terry said.

And for the first time since the expansion began, the museum is disclosing its current fundraising total: $ 32 million was raised this week, Terry said. Some key 2021 contributions have yet to be announced by the end of the year, she said.

The Hitsville, US home, where Gordy made his hometown label an industry heavyweight, will remain intact as the centerpiece of the museum’s campus.

The Motown Museum will remain closed for the construction of the square, extending a shutdown that began in July when the building suffered water damage in a storm. (Officials say no artifacts or key spaces have been affected.) Earlier this month, the museum opened a retail store in Greektown to sell merchandise during downtime.

The museum – including the Finished Square and Hitsville Next – will reappear with an open house community event next summer.

Upcoming construction will include restoration work on the Hitsville structure, including waterproofing and exterior stabilization. Plans were made with historic curators, what Terry called “a team of people who have thought thoughtfully about conservation, engineering, and how we make sure the life of the house is is extended as long as possible ”.

“If this past year has taught us anything, it’s how important it is to protect our archival treasures,” she said. “It’s one of the most famous places in the music world. We have to protect this house.

Every day you can find visitors wandering the front yard of Hitsville, taking photos and often lingering for long periods of time. The makeover seeks to provide these guests with what Terry called a “relaxed, park-like feel” while injecting an immersive musical feel.

The Motown Museum Plaza is the final piece of the expansion puzzle, as the institution plans for a future far beyond old-school nostalgia and music’s original fan base. Terry envisions an institution steeped in the Motown heritage but very current, helping to train young designers and entrepreneurs while serving as a community center.

The fully expanded complex will eventually include nearly 50,000 square feet, including new exhibition space, a theater, meeting rooms and a work studio. Recent additions to the lineup include the annual Amplify Singing Competition and the Motown Mic spoken word program, two of the offerings that will have their place at Hitsville Next.

The project has attracted major donors at the local and national levels, including Gordy, Ford Motor Co./UAW-Ford, Ballmer Group, the William Davidson Foundation and the Kellogg Foundation. Many are motivated, Terry said, by the belief that vibrant cities need thriving cultural institutions – and that it is helpful to “leverage a genuine brand like Motown in Detroit”.

“I really couldn’t be happier with the level of engagement and momentum the community will continue to see over the rest of the year,” said Terry, Gordy’s great-niece. “The response we’re getting to the expansion, the desire to get it to the finish line, is probably higher right now than it’s ever been.”

The museum made headlines this summer when it received an unconditional $ 5 million donation from MacKenzie Scott as part of the philanthropist’s latest round of donations.

The Motown Museum board has chosen to direct these funds to operations – rather than the expansion campaign – to help fill the deficits caused by the pandemic and the stoppage of construction.

“What made the MacKenzie Scott gift so impactful, so transformative, was that it had to be used however we saw fit,” said Terry. “And that rarely happens for a nonprofit on this scale.”

Among the boosters of the expansion is Robinson, who had been by Gordy’s side since the early days of Motown and spent countless hours on the West Grand Boulevard lot.

“As a young singer-songwriter, Hitsville in the US was everything to me. It was a place I could go to collaborate with people like me who loved to make music,” he said. -he declares. “Being able to provide the next generation with that same kind of family and collaborative community through the programs and the expansion of the museum is something really special that I am proud to be a part of.

And for Terry and his team, the project is a source of good vibes and new momentum as the dream of expansion gradually comes to life.

“This is a development driven by mission, passion and optimism about what it will mean for future generations of young artists and entrepreneurs, not just in Detroit and Michigan, but everywhere. in the world, ”she said. “We know Motown is an international brand, an international story, and what we can do to really expand the reach of this museum is very exciting.”

Next Concert organized in honor of Courtney Granger 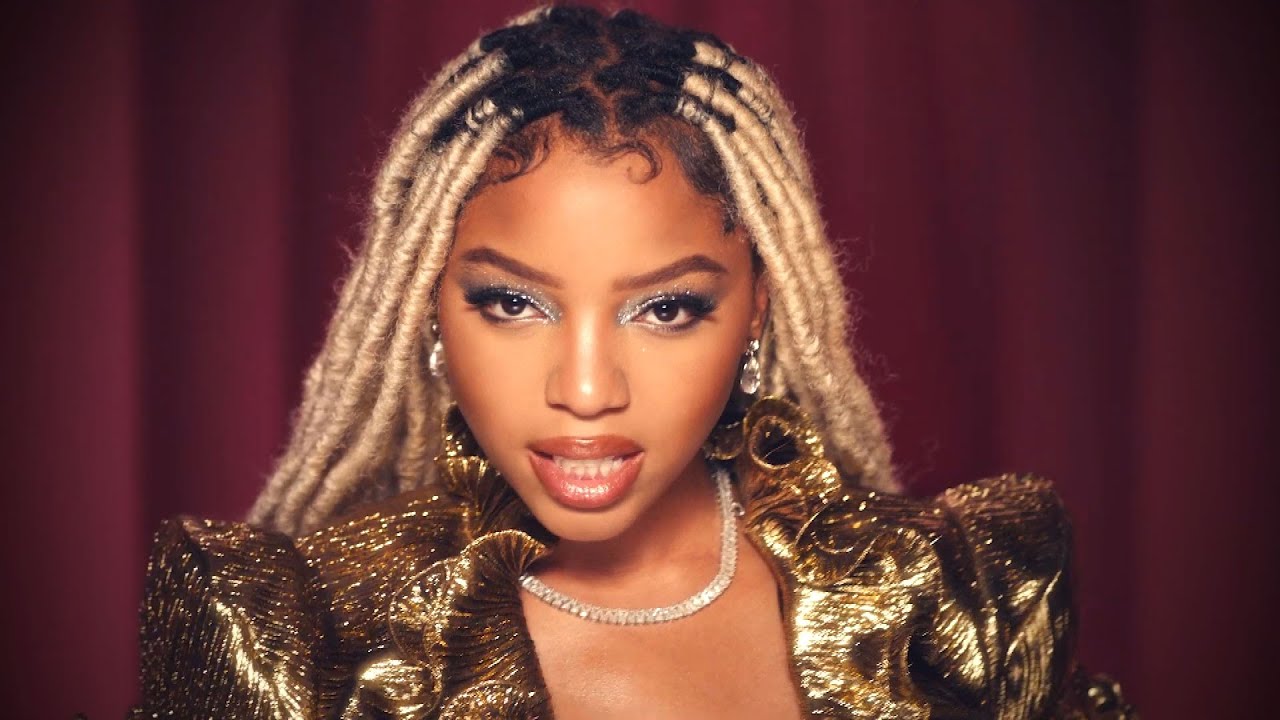 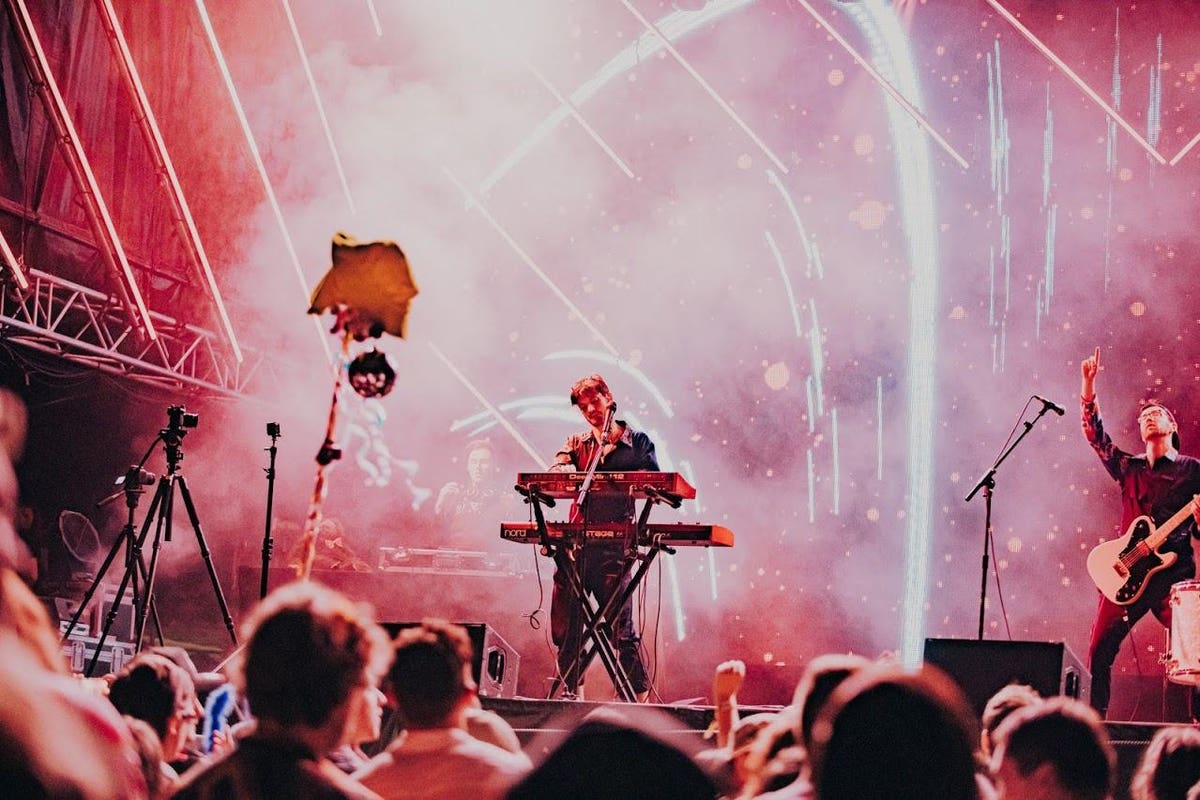