Two weeks ago, Yungblud got into serious trouble at Japan’s Summer Sonic Festival.

“I’m very worried about the next performer,” a host told the Osaka audience, moments before the singer took the stage.

“Whatever he says, you don’t have to mosh or shout.”

Yungblud says he was unaware that Japanese audiences tend to be more restrained, with frowned upon dancing and reserved applause until the end of the concert.

“I just got on stage and shouted, ‘Come on, jump!'” he recalled. “And it’s so funny, they had been so restrained all day, it was like they were on a rampage. It was a Coke bottle and I dropped two Mentos in it – Bang!

“It was beautiful, but I got in trouble. Everyone gave me disapproving looks like, ‘What was that?’ And I was like, ‘What did I do? Was I singing flat?’ No one told me the rules!”

Outside the room, it was a different story.

“And that’s what Yungblud is about. It’s about freedom.”

This lofty statement is typical of born singer-songwriter Dominic Harrison.

For him, Yungblud isn’t just a stage name, it’s a movement. Over the course of three albums and hundreds of live shows, he has assembled a tribe of like-minded misfits who respond to his stories of alienation, depression and rebellion with an almost religious fervor.

He doesn’t call them fans. In fact, he hates the idea, stating, “If I ever become a rock star, everything is imperfect”. Instead, it’s a symbiotic relationship. As they found solace in his music, he found a sense of belonging to their kinship.

“I felt so lost and alone when I was a kid,” he says. “Walking down the street, I felt lonely, even though I was surrounded by 10 friends. And through this music, I was able to find a community that would protect me.”

“I open my chest, I put my heart on a plate and I know people will take care of it. Even if the rest of the world spits on it or steps on it, someone will pick it up and stitch me up.”

From time to time, Harrison gets carried away by this train of thought. In 2020, he told the Guardian, “If you know Yungblud, the music is secondary”, presumably giving his PR a heart attack. But he sticks to his guns to date, downplaying his recent NME and MTV awards.

“It’s okay,” he said. “It’s on my shelf and I can put it on my wall but it doesn’t ignite my soul on fire. What ignites my soul on fire is creating a sense of place.”

As if to prove his loyalty, Harrison invited my 12-year-old daughter to our interview after learning she was a fan. They immediately bond with fashion: he loves her shoes, she loves his jet black hair.

“My secret is,” he says conspiratorially, “I put tint in my conditioner, so every time I shower, I get a touch-up.”

My daughter tells her that school forces her to cut her hair, after having dyed it during the summer. “I hate it,” he replies. “I think it’s so terrible.

“I used to do it anyway. I was so mean. I’d come with a safety pin in my ear, thinking I was Johnny Rotten, like, ‘Whatever, miss’.”

At Doncaster School, Harrison was criticized for his clothing choices, even by teachers, who singled him out in front of the class.

Life at home was also tricky. “We ran a family business, so it was turbulent,” he says. “If it went well, it was great. If it was bad, it was bad.”

To escape, Harrison retreated into his imagination. “I was still playing war games until I was 15,” he says. “Toy soldiers, all that jazz. Even now, I’m like, ‘Pow, Pow, Pow,’ on the tour bus.”

He dreamed of becoming a drummer, painter, musician. Anything that could provide creative release. “It made me feel free.”

At 16, he enrolled in a performing arts school and was cast in Disney TV’s musical The Lodge. But after one streak, he quit to pursue music on his own terms, mixing a frenzied cocktail of punk, emo, pop and indie, all delivered with a snicker worthy of Billy Idol himself.

His debut album, 21st Century Liability was recorded in a Soho basement “on toy keyboards, drum machines and weed”. The songs explored the neuroses of his generation, from sexual inequality (Polygraph Eyes) and gun violence (Machine Gun) to his ADHD (Doctor Doctor).

At every turn, he said, he faced opposition. His record label boss “didn’t get me”, and was advised not to release a song called Parents, in which a homophobic father meets a sticky ending.

“The label said, ‘Don’t release that. It’s too aggressive. It’s never gonna get on the radio,'” Harrison recalled.

“And it never made it to radio – but it’s platinum in America and Australia.”

This is truly Yungblud’s story. Despite an impressive 7.5 million monthly listeners on Spotify, the singer isn’t a totally mainstream proposition. Her second album, Weird, entered the charts at number one, but fell to 33 the following week – suggesting a passionate fanbase, but little interest from the mainstream record-buying public.

Even so, Weird’s success opened a lot of doors. It’s just that Harrison didn’t like what he found behind them.

“I had access to all the studios I wanted and all the songwriters wanted to work with me,” he says. “But I was asking all these American producers to say, ‘Oh, you rock? I could participate in that.

As his profile grew, so did his critics’ voices. He was accused of baiting homosexuals, of pretending to belong to the working class, of being a factory in the recording industry.

“Everyone was questioning my authenticity and it hurt me,” he says. “People were harder on me than they were in high school. It turned my world upside down.”

Stunned, he returned to his loyal collaborators Matty Schwartz, Chris Greatti and Jordan Gable, and poured all his angst into a new album.

Recorded in a bedroom (admittedly a bedroom in a California bungalow), this is Yungblud’s most vulnerable and cohesive project to date.

A searing debut single, The Funeral, finds the 25-year-old listing his failures and insecurities; and wondering if anyone would care enough to witness his wake. Memories, a duet with Willow Smith, is about letting go of childhood anxieties. And the emotionally charged I Cry 2 finds him consoling a friend who’s been through a brutal breakup.

“He was having a really emotional time but he couldn’t talk about it and I was like, ‘Bruv, it’s okay. I’m crying too,'” Harrison recalled.

“It’s okay if you feel upset, if you’re in pain. It means your soul is working, and I thought there was a really nice message in there.”

The song also addresses the hate Harrison has received on social media over his “fluid” gender identity.

“Everyone online keeps saying I’m not really gay… And I spend most of my days wondering what [expletive] do they want me?”

Lyrics like these are not a “rock star story woe betide me,” he points out. Instead, “it’s a metaphor for the oppression that millions of people feel.” By speaking up and sticking together, he reasons, things can only get better.

“When I was 18, I was so mad at the world,” he says. “I was so furious with the government, with Brexit. I felt so speechless.”

“But how can I be angry when I live in this community? I realized the protection we have for each other.”

Next 'My jewelry is my superhero costume': Slick Rick on hip-hop bling | Fashion 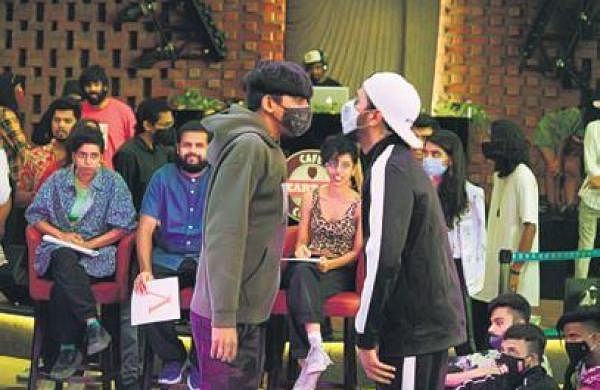 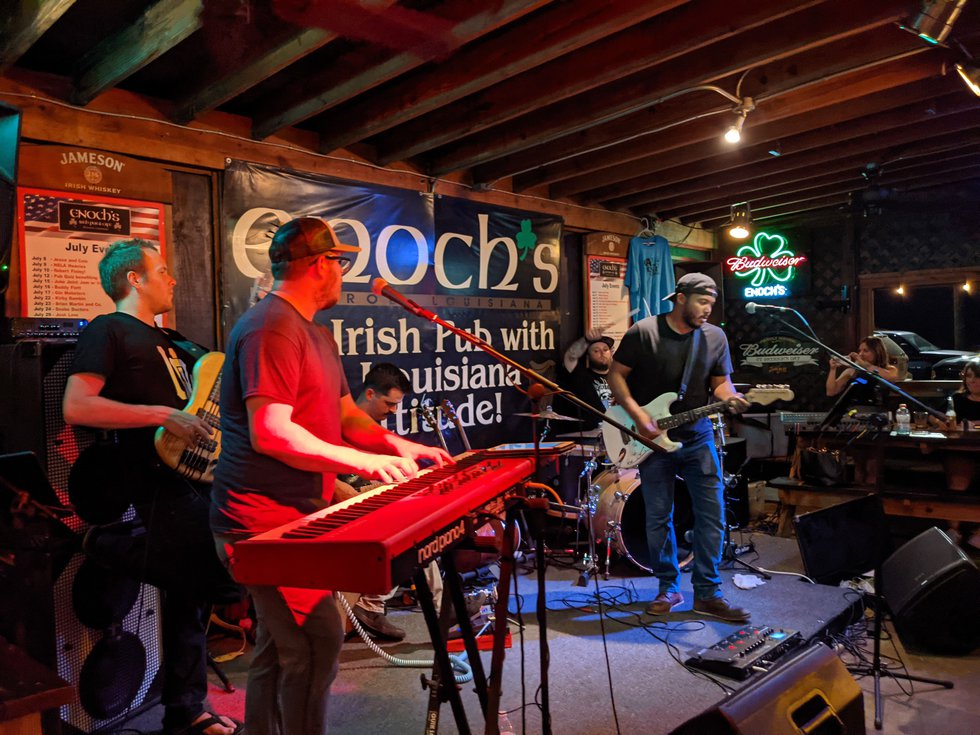