Over the past few years, Damone Jackson has earned a reputation as one of Buffalo’s most fiercely inventive young drummers, across a variety of genres.

But he doesn’t focus on the music like he usually would. Not now. Not after May 14. Not after what happened at Tops.

“I’m no good. Most of my childhood was on Jefferson Avenue,” he said. “My church, even today, is minutes from that Tops. That’s my residence.”

Jefferson Avenue is known for many things, including the proximity to the residents who live there and nearby. The sense of community that pervades the Cold Spring neighborhood has been told time and again over the past week as neighbors explain their connection to each other and why the mass shooting that killed 10 people and left more injured three others was an attack on them all.

Jefferson Avenue has also become a symbol of the poverty and neglect that has its roots in white flight and the institutionalized racist practices that defined many Northeastern cities in the 1950s and 1960s.

But Jefferson Avenue is also about music. It was the famous home of the Pine Grill, a focal point of the city’s jazz scene for decades, where countless musicians played or relaxed after a concert. Rick James, who lived on East Ferry Street as a child, linked his lifelong love of music to his first introduction to the Pine Grill.

All of this helps explain why black musicians and members of Buffalo’s arts scene are both grieving over what authorities have called an act of white supremacist terrorism. But for them, grief is infused with anger at the vulnerability of victims, thanks to what a recent study by University at Buffalo researchers called “East Side marginalization.”

Musician and former musical director of the historic Colored Musicians Club Walter Kemp III lost his wife’s great aunt, Pearl Young, in the attack on Tops. He said listening to people rave about Buffalo as the “city of good neighbors” left him feeling hollow.

“This particular monster, this shooter, was not from Buffalo, but there are also white supremacist clubs and groups right here in and around Buffalo. It’s an open secret.”

In 2021, the Southern Poverty Law Center tracked 35 hate groups in New York State, including a white nationalist group in Lockport. According to a map maintained by the Anti-Defamation League, there have been more than two dozen instances in which white supremacist propaganda has been distributed in the Buffalo Niagara area since 2016.

“Decades of redlining and segregation by design have created an East Side full of very vulnerable black people,” Kemp continued. “These communities – they’re just there as targets.”

A 2021 University at Buffalo study led by Henry Louis Taylor Jr., director of the school’s Center for Urban Studies, examined the realities of being black in Buffalo. The researchers wrote that decades of systemic segregation had “trapped” African American residents in “low-value, marginalized, and underdeveloped neighborhoods.”

“This tragedy highlights the main elephant in the room,” said musician and educator Eric Crittenden.

“It’s the fact that this (expletive) chose to come here to do this because it was a fish-in-a-barrel situation, with all these black people so densely populated in one area. This did not happen by accident. It happened because of systemic racism.

The racial and economic divide between the east and west sides of Buffalo, made manifest by the construction of the Kensington Freeway in the 1960s, created a kind of apartheid in the region’s music scene – a scene that many black musicians say still plagued by racism. in 2022.

Crittenden said he experienced racism while on tour, playing gigs “where the only black people in an absolutely packed venue were on stage”, and that the scenario in Buffalo was similar.

“You better believe I’ve seen racism up close and personal,” he said. “In the way people treated me, sometimes in the way they used direct racial slurs against me, but also in the way I would sometimes be ignored for gigs and bookings.

“It’s a tough conversation to have, because I love so many musicians and artists in our scene, and we’re musicians, man – we don’t want to see color. Because on the bandstand , color doesn’t matter. But it’s time to be honest: there’s a reason why white artists dominate black music in white areas. It’s segregation. It’s a sub – product of white supremacy.

Drummer John Kregg grew up in North Buffalo and attended Park School in Amherst. Both of her parents grew up on the East Side. Like Crittenden, Kregg recalls “getting used to being the only black person at every gig I played” throughout the 90s, when he was a member of popular jam band Mitch’s Infydels.

“It was not a problem, because I knew that my friends supported me. He never came among us. I remember maybe twice in my decades of playing where I had to face racism head on. Maybe it was the scene I was in, the jam band scene, because everyone in the community knew me. But while that wasn’t often an issue for me, I was certainly aware that Buffalo was deeply segregated.

Jackson said we can no longer afford to hide the truth with slogans and speeches of wishful thinking.

“We have to be straight now,” he said. “We have to face this. Because we tried to shut up and look away. It did not work. It was never going to work. I knew it from birth.

“We wanted to shut up, we wanted to turn around and walk away, we wanted to stay in peace. We tried that. But when we turned the other cheek and turned to leave, you shot us in the back.

The smart way to start your day. We review all the news to give you a concise and informative overview of the main headlines and stories to read each day of the week.

Next Harry Styles gets all the applause 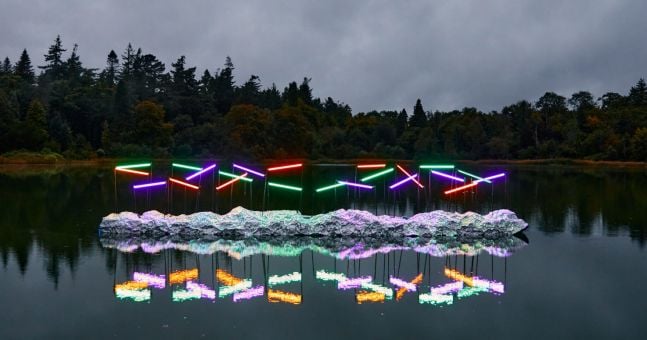