Naver and Line Next will launch a new K-pop based NFT service named “NOW. Drops” as part of Line’s DOSI NFT trading service which will open later this month.

NOW. Drops ties into Naver’s NOW streaming service, which specializes in live streaming K-pop performances and other entertainment shows. Viewers can buy “crystals” and use them to issue NFTs of the scenes they like from the livestream, which they can own through the DOSI wallet.

The first K-pop artist on the NOW. The drop service will be JYP Entertainment’s girl group Nmixx. The group will hold a live showcase on September 19 for their upcoming single “Entwurf” and will follow with behind-the-scenes footage and original content for fans. The showcase and other content will all be available for the NFT service.

NOW. Drops is part of DOSI, an NFT platform operated by Line Next which is set to open later this month. Line Next is a subsidiary of Line, owned by A Holdings, the joint venture founded and 50-50 owned by Naver and SoftBank.

“NOW provides unique and original content in the entertainment industry,” said Kong Jin-hwan, general manager of NOW service at Naver. “We will continue to develop content that is particularly suitable for connecting to NFTs so that users find them easier to approach.”

Meta Beat, a local NFT platform, will post NFTs of girl group Mamamoo from September 19 to crypto.com. A total of 3,500 Mamamoo NFTs will be sold, including eight albums that have been released by the group so far and other things related to the group.

“The entertainment industry actively uses NFTs because artists’ photos, videos and music – even performances – can be turned into NFTs,” the company’s spokesperson said. “It also helps artists and fans develop a closer relationship with each other.”

Previous "Into The Silence" by Trentemøller ft: Disa

Next A roundup of September arts happenings in the South Quarter 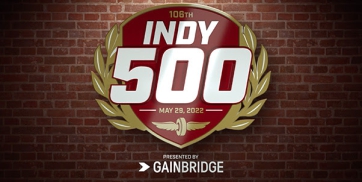